Chat with us, powered by LiveChat
Noson Calan Gaeaf – Halloween! 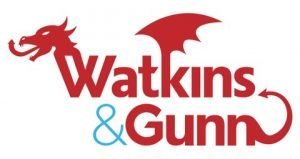 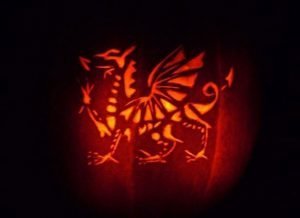 Halloween to many people will probably be some American celebration that has spread to the UK…however, the roots of CALAN GAEAF (pronounced call-an – gay-av) are closer to home than we think.  Not many will be aware of the unique and macabre Welsh traditions that are precursors to what is now known as the modern Halloween of dressing up as vampires and trick or treating!

The night of 31 October, which saw in the new Celtic year, was one of mixed boundaries between this life and the afterlife, when spirits roamed the earth apparently.

During Noson Galan Gaeaf people were afraid of going to graveyards and crossroads, as they believed spirits would gather in these places.

How many of you have heard of the Hwch Ddu Gwta, a mystical beast, translated as ‘The Tailless Black Sow’.  It was one of the most frightening ghosts connected with Noson Galan Gaeaf.   As the dark was drawing in, one of the local men would don a pig skin and chase the children home from the village bonfire. Children were told that the much-feared Hwch Ddu would catch the last child to make it home that night.  This was used as a game to scare the children, but also to get them home on time and teach them about the dangers of straying too far on their own.
Witches are Gwrachod in welsh.  Apparently, men would roam the villages dressed in rags and masks, or sometimes women’s clothing, going from door to door for coppers, fruit and nuts. They would then drink in the local pubs. People believed dressing up like this would repel evil spirits, but it could also have been to scare people into giving them treats.

Local people would also gather together on Noson Galan Gaeaf, each writing their name on a stone. The stones would be placed in the bonfire or coelcerth. The following morning, the ashes would be inspected. If the stone with your name was missing, it was seen as an omen of your impending death.

Y Ladi Wen is known as the ‘The White Lady’ from Celtic mythology, a lady dressed in all white.  Some say she guards graveyards and crossroads from other darker spirits.  Others say she has a more sinister purpose – luring unsuspecting travellers to their doom by asking for help or offering treasure. Other people claimed that she was headless, and would maraud around the countryside looking for victims with her partner in crime, the Hwch Ddu Gwta.

Contact us today 0300 1240 400
Related Stories
Watkins & Gunn are a Mindful Employer
Are Your Affairs In Order?
Good News for House Buyers!

Due to the pandemic our offices are closed to the public.