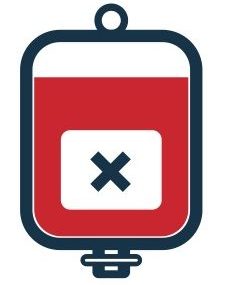 The week of expert hearings opened on 24th February 2020 with opening remarks from Sir Brian Langstaff.

He started by reiterating the promise that he made at the beginning of the Inquiry to put the infected and affected first and last.  He confirmed that he has almost honoured this promise and the evidence heard from the Intermediaries today would fulfil this promise.

Sir Brian described this week of expert hearings as a stepping stone and transition week for the hearings that will take place in June when the Inquiry will hear from those who were in positions of responsibility at the time.  This will include clinicians, administrators, suppliers and politicians.

To date the Inquiry has heard oral evidence from 189 witnesses and Sir Brian has read over 1000 of the statements submitted following his previous undertaking to read every single statement, which is still his promise.

This Inquiry found a way of giving a voice and a public platform for people who could not provide an individual statement and this was by setting up the Intermediaries group.  No other Inquiry has taken witness evidence in this way before.  This group would complete a report which would provide a comprehensive overall picture.

Following on from the Intermediaries would be the medical experts.  There are four different expert groups who will be heard from over the course of the week; Psychosocial, Hepatitis, HIV and Blood and Bleeding Disorders.

Sir Brian answered the question as to why the Inquiry was hearing from the current medical experts now and provided three reasons.  Firstly, the information heard over the next week would provide a basis of knowledge to current medical understanding and that will inform the questioning of other witnesses later this year and of the Inquiry report itself.  Secondly, the experts have been asked to provide the latest state of knowledge about the relevant conditions and thirdly, so that the wider public can hear the information and ignorance be reduced.

The experts have not been asked what they think is right or wrong about what has happened historically.  They have also been asked not to comment on what happened back then but can use this as background to explaining today’s medicine.

The four areas with responsibility for the NHS in the UK; England, Wales, Scotland and Northern Ireland have been asked to provide statements with information relating to psychological support and arrangements made for the commissioning and funding of psychological support and for information about current hepatitis C care and treatment – in particular issues about scans, blood tests, checks and monitoring.  The Inquiry has now been provided with these statement responses that address these issues and these will be disclosed and summarised by Inquiry Counsel during this week.

The three Intermediaries, Pam Allen, Kay Durrant and Jackie Wilson, then provided their summaries of the statements they had taken over a 12 week period between the end of January and the beginning of April 2019.  The Intermediaries between them spoke to around 85 people across England, Wales, Scotland and Northern Ireland.  They described all of the interviews as emotionally charged and traumatic at times.  The purpose of the Intermediaries and the subsequent report is so that the witness could remain entirely confidential but still have the opportunity to tell their story.

One of the themes of the report that the Intermediaries spoke of was the infected and diagnosis with hepatitis C.  They spoke of three key themes that came from the witnesses they spoke with.  The first being that symptoms were explained away by medical professionals and there was a reluctance to acknowledge hepatitis C as the cause and also a significant delay in diagnosis.  Secondly there was insensitivity in the way in which people were informed of hepatitis C and thirdly once hepatitis C was confirmed there was a real reluctance to acknowledge that the infection may have come from blood received via the NHS.

Other areas the Intermediaries discussed in their report and during the hearing were infection and diagnosis of HIV, other infections, consent, stigma and shame and treatment, care and support.

Towards the end of the afternoon the Inquiry began to hear from the psychosocial experts. Their evidence will be summarised on completion.

We are delighted to announce that our offices are now open to the public  between 10am and 4pm Monday to Friday, by appointment.

We will continue to provide our services remotely outside those hours so that you will be able to contact us between 8.3oam and 5pm.

We have followed Welsh Government guidance to allow us to open our doors safely. We have hand sanitisers, PPE, protective screens and are enforcing  two metre spacing. We have also limited the numbers allowed in our buildings by operating a rota of those office working and those working remotely.

Thank you for your continued patience at this difficult time.