Chat with us, powered by LiveChat
Why a change in divorce law is long overdue 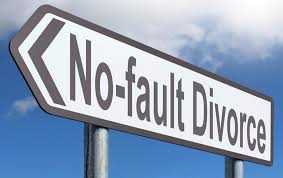 The entire news agenda seems to be taken over by Brexit; how we bring an end to a relationship that was established back in 1974.  However, almost unnoticed, the government made an important announcement about how another relationship should be brought to an end; something that dates back even farther to 1973.

On 8th  February the Justice Secretary David Gauke MP stated a commitment on behalf of the Government to bring legislation to Parliament in the next session to introduce the concept of no fault divorce.  Sophie Hughes, Partner and Head of Family Law at Watkins and Gunn looks at the background behind the announcement.

The current law dating back to the Matrimonial Causes Act 1973 governs the legal framework as to how a couple can bring their marriage to an end.  Unless a couple have been separated from more than two years, the only way in which a divorce can be achieved is by making allegations of conduct; whether that be adultery or unreasonable behaviour.  For many years campaigners have been trying to persuade successive governments that the blame game serves no purpose when a relationship ends.  It merely serves to increase the antagonism and distress at a very difficult time.  Not only does it have a negative impact on the individuals but it can have long-lasting effects on any children.  The issues have long since been understood, but over the years there has not been the political will to change the status quo.

So what has changed the government’s mind?  Back in 1996 the Family Law Act put onto the statute book the concept of no fault divorce, but was never introduced as there was not the political will to find a practical way forward.  Eventually it was repealed.  In the intervening years organisations such as Resolution (formerly the Solicitors Family Law Association) have campaigned, but it was not really until the summer of 2018 did a ground swell of opinion form; following the case of Tina Owens.  The Supreme Court ruled in a widely publicised case that Mrs Owens could not divorce her husband until a period of five years had elapsed since they separated.  Mrs Owens alleged that her husband had behaved unreasonably.  Mr Owens denied the allegations and the Supreme Court found that Mrs Owens had not proved that he had done so.  One has to ask the question that, simply by taking their case to the highest court in the land, must have established that the marriage had broken down beyond repair.  Nevertheless, whatever the court of public opinion may think, the Supreme Court had to base their findings on the law as it stands and the evidence before it.

Whilst there is much to be worked through as to what the new law looks like and how it can be best implemented, it seems at long last common sense will prevail and that, after nearly 50 years, the legislation that brings a marriage to an end can be brought into the 21st century.

Sophie Hughes is Partner and Head of the Family Team at Watkins and Gunn Solicitors.  She has 30 years experience in dealing with relationship breakdown and is a committed member and accredited specialist of Resolution.   For information about Resolution visit their website.

Contact us today 0300 1240 400
Related Stories
Are Your Affairs In Order?
Good News for House Buyers!
Covid-19 and the Impact on Clinical Negligence Claims

As Wales remains in Alert Level 4 our offices are closed to the public.